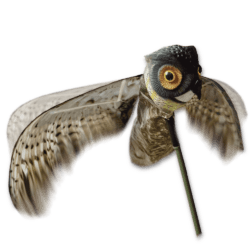 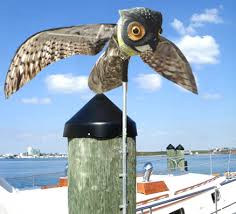 This very aggressive appearance owl is visible from afar for migrating crows. Put the owl in a tree or on a stick so that it is visible and make sure that the blades can move freely.

This very aggressive appearance owl is visible from afar for migrating crows.

The wings can be folded into the body of the decoy, so it is easier to transport.

When the wings are folded out they will move in the wind and give the owl a very lifelike appearance.

Put the owl in a tree or on a stick so that it is visible and make sure that the blades can move freely.

You can also put it on the ground next to a crow, you have shot. Pick some feathers from the crow and spread them in front of the owl. If there is snow, you can even spread som ketchup around. This make crows very aggressive towards the owl.

TIP – You can also use the owl in areas where you are plagued by pigeons and seagulls. Put up the owl and unfold the wings so they can move in the wind. Change the owl’s location once in a while and take it down for a short period to increase the scare effect.

Mounting stick is not included. 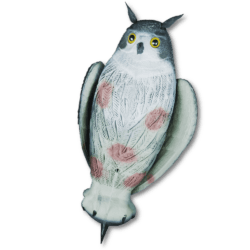 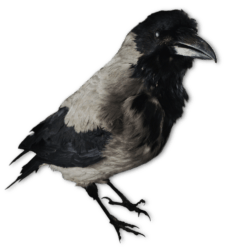 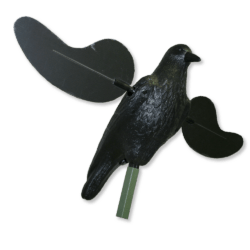